So falafel posted a couple nice KendoUI article, which was then followed up with by Josh Morales.  Links to both can be found here on josh’s blog.

However both posts have you download KendoUI to your webroot, then link them in with CSS\JS links.

What’s NOT widely known is that sitefinity as of (at least) 4.4 comes embedded with KendoUI; actually the new module builder UI is built using it.  Shenanigans you say?..nope, have a peek at JustDecompile below.

(As I was asking for permission to post this, Mr. Morales also noticed this and posted it to twitter first :)  So I’d expect a more in depth and frankly much better blog post on the topic to follow shortly, however just to get the word out…I shall finish this poorly written article)

So to link them in your pages, you just need to use your handy dandy ResourceLinks control (thanks josh).  Also as josh points out the kendo theme “skins” aren’t here and would need to be attached somehow to your page to get all the fancyness.

This is what it looks like in JustDecompile, which you can browse to yourselves right now. 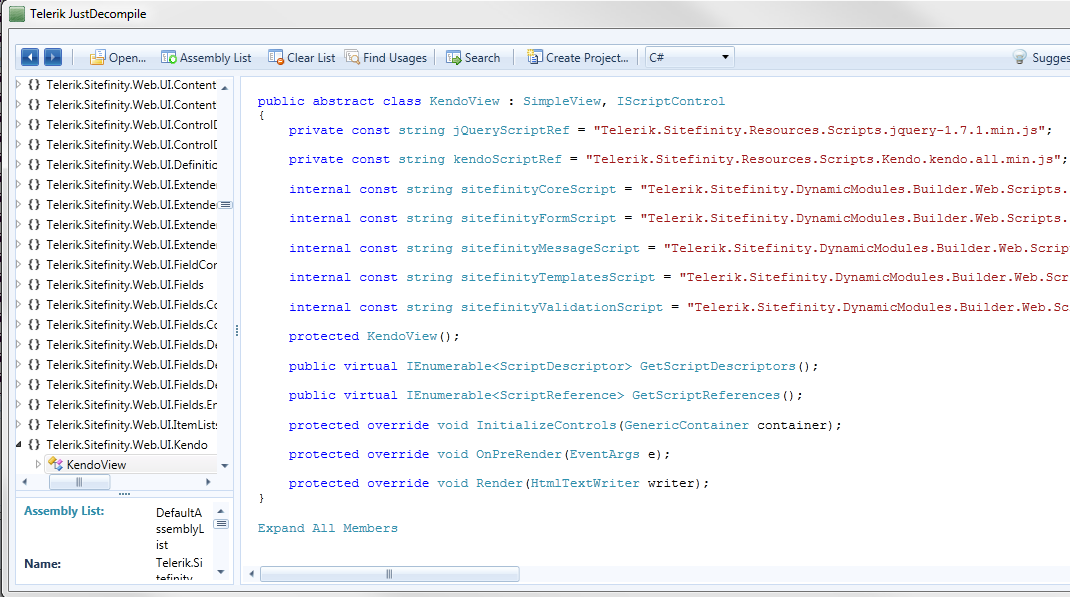 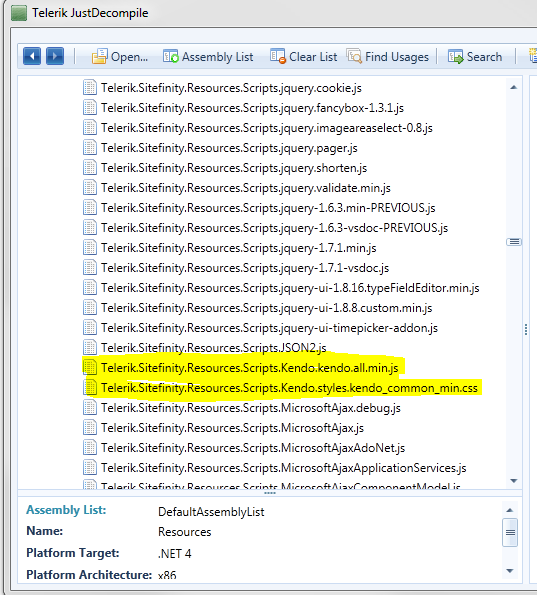 So now you can use the full power of Kendo in your projects, however the only change I MIGHT make is that right now it’s using the kendo.all.min file and on the front end I usually prefer to use the kendo.web.min as I almost never use charting.  So the size of the .all.min.js is larger than the .web.min.js…